Hey bookworms! Today I’m taking part in the book blitz of The Book Witch by Desy Smith, which is being hosted by Xpresso Book Tours! 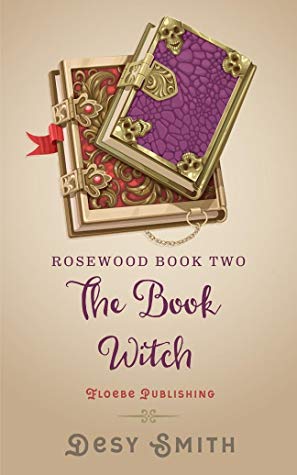 There are no bodies to bury, no graves with marked tombstones.

There are only three books, each one belonging to a member of the Rosewood family. There is only one reason for the books to be gathered all in one place—the witches who once owned them are dead.

Sage Rosewood is now the last of her line, a burden nearly as heavy as her grief.

Kayden, the charismatic werewolf who holds her heart, tries to console her, but there is only so much his warm arms and gentle words can do when her heart aches for vengeance. She wants nothing more than to find the people who killed her family, to dispatch justice, and to bring the bodies of her loved ones home.

Walk alongside Sage in this tale of magic, mystery, and vengeance. Every chapter will leave you spellbound.

“Who are you meeting?” Kayden questions from behind me, causing me to jump. How can someone so big, move around so quietly? “At the Mango Cafe, because it definitely isn’t your grandmother.” He tries to look at the laptop screen, but I shut it. “Who are you meeting?” He asks again, his voice more serious than before.

“Just a friend,” I respond with a lie, as I make my way back to the kitchen, and blow out the sage. I check the water on the stove, that’s now boiling, perfect. I turn the stove off and pour the water inside of my cauldron. When making spells, one should always start with fresh boiled water, from a pot, not the cauldron, I learned that the hard way.

I didn’t like lying to Kayden, honestly it felt strange, and I didn’t understand why. I would lie to my mom all the time and feel great, but with him, it makes me feel weird. I wonder if that had anything to do with me wanting to jump his bones. Anyway, if I told him the truth, he’d find some way to stop me or invite himself along, and I couldn’t have either of those. I had to do this myself. I would be the one to avenge them alone. I’m a Rosewood for freaking sake.

“You’re lying, who are you really meeting with Sage?” Kayden asks me again, as I reach for my dry ingredients, and begin cutting them into the cauldron. Due to the material the cauldron is made of, it’s the perfect vessel to combine and mix the ingredients in for any spell.

“I told you, a friend,” I lie again. “Don’t do whatever you think you’re going to do, we have laws here in the Woodlands, and The Guild would come down on you, or kill you,” Kayden warns. I would get my revenge and if I lost my life in the process, so be it.

“Good thing I’m just meeting a friend, huh,” I tell him as I lean in with the intention of kissing him again, to change this topic.

“I didn’t think I would be kissed twice, in the same night…” he trails off, as he leans in for the kiss, but pauses as his eyes glow. I know his wolf is present. Kayden moves his head backwards, making me extend my head forward. 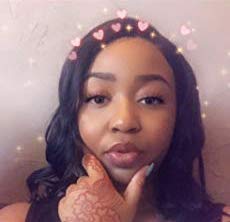 Desy Smith, MFA, is a paranormal romance author and English teacher who is on a mission to expand her readers’ minds and create unique worlds that they can escape to through the power of storytelling. Her poignant writing style features sassy heroines, urban drama, angels, wolves, demons, witches, and sensual scenes.

Born, raised and based in Dallas, Desy spent most of her childhood picking apart movies and books. Her mother and her affinity for all things supernatural also really drove Desy to dabble in life’s unknowns and use her imagination. Ultimately, this led her to writing stories of her own at just 10 years of age. After her release of “The Talented (The Messenger Series)” this February, she will be working on book number three, and plans on writing until her last breath.

Currently, Desy is the Founder of Floebe Publishing, where she publishes her own and other writers’ short stories (of 20,000 words max) with the busy reader in mind. She also provides complimentary creative writing advice to her fellow word weavers.

When she doesn’t have a pen or book in hand, Desy Smith is a movie buff and foodie with an unquenchable sweet tooth (having a gluten allergy makes things a bit tricky). She also isn’t much of a whistler and has a round face (people like pinching her cheeks any chance they get). With her “carpe diem” mindset towards life, she looks forward to exposing her readers to realms unseen.